We are proud to release Blickshift Analytics 1.1

Based on many comments, suggestions and feedback from our users during the last year, we have optimized existing features of our software and added a bunch of new features to this next version.

Highlights of the new releases are: 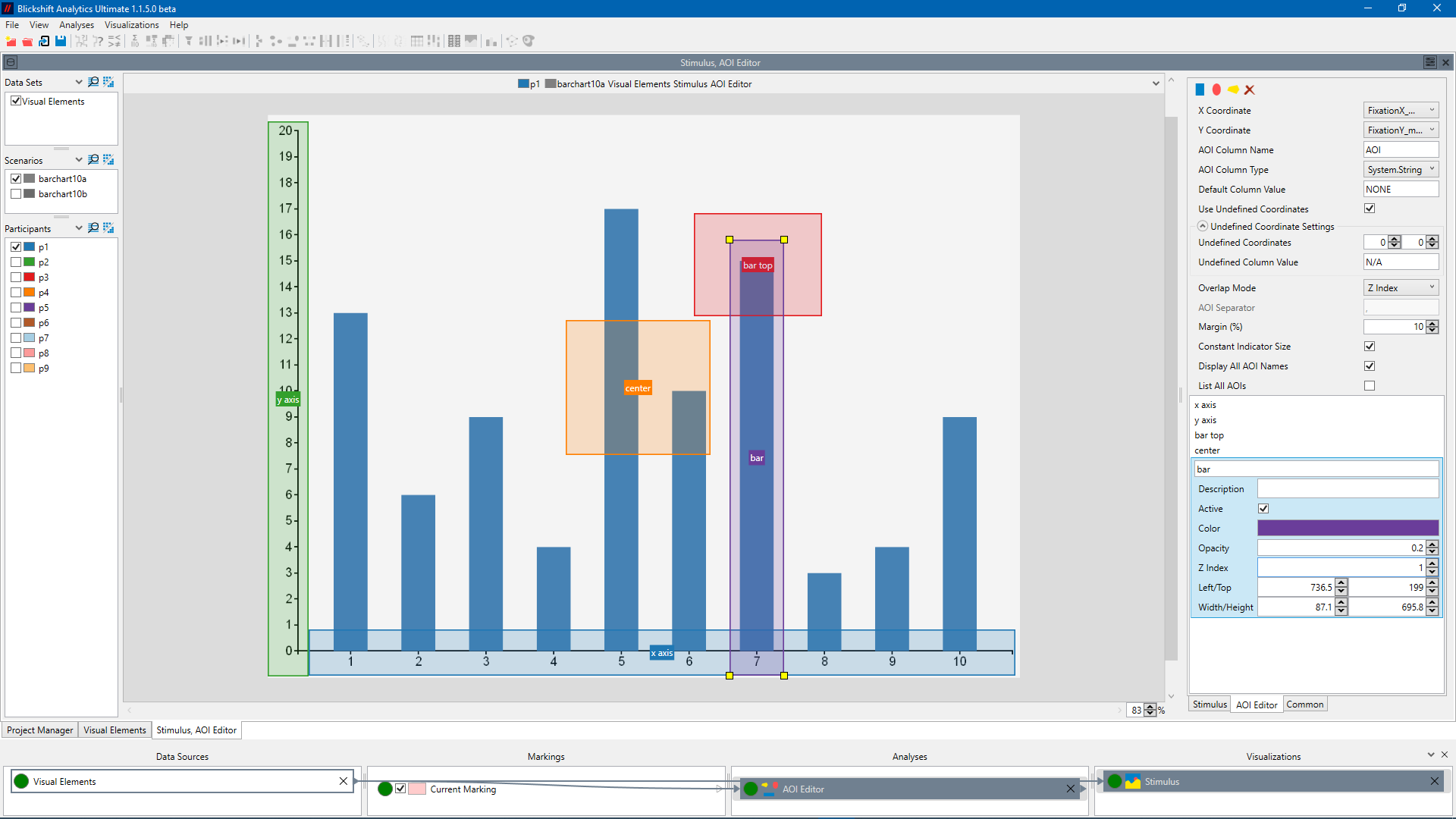 Blickshift Analytics now includes an AOI editor for drawing AOIs on static stimuli. Following our philosophy of providing you only the best in eye tracking analysis, we integrated features making this component a very flexible tool for annotating your experiments. Some highlights are: 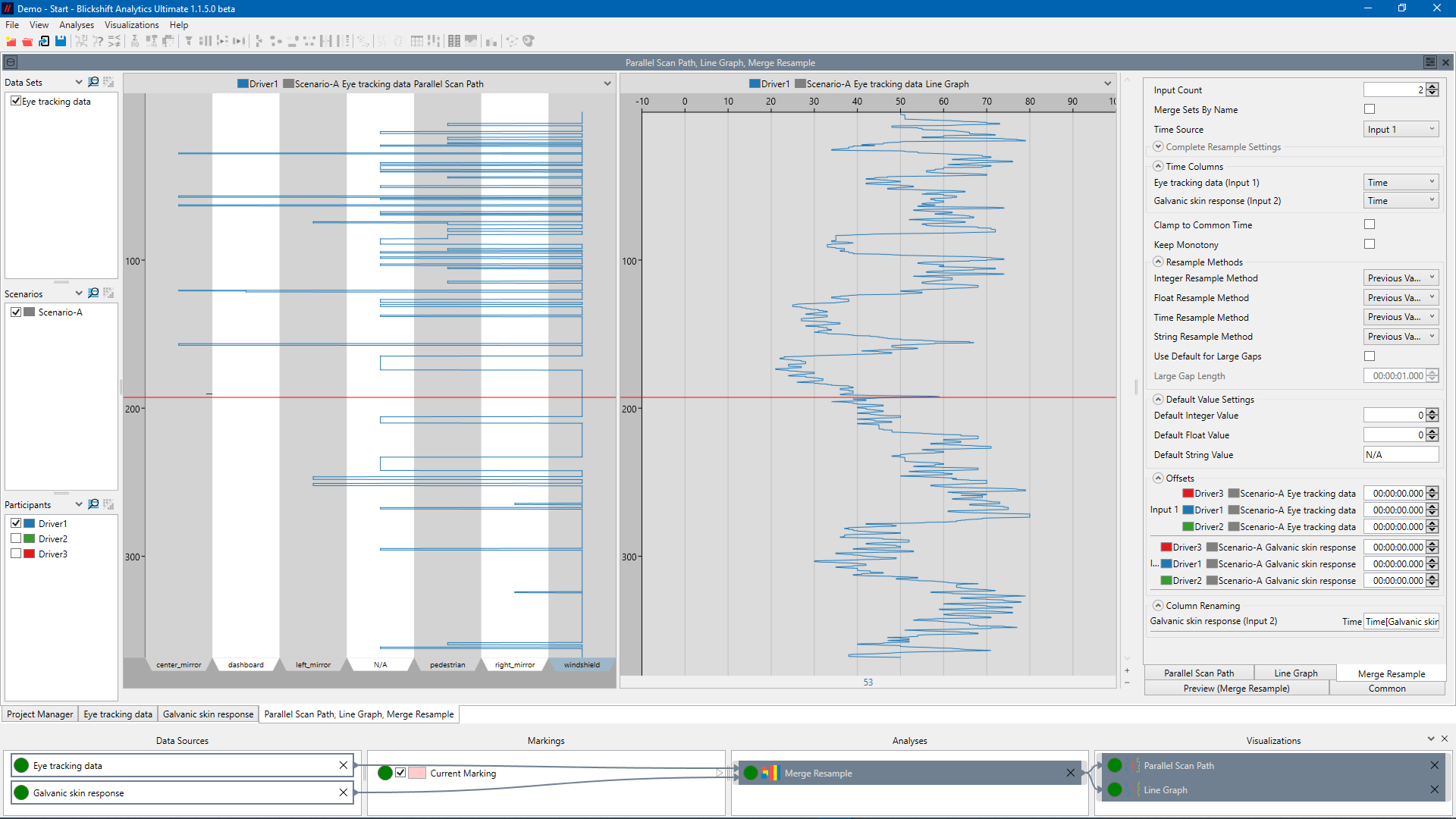 This node allows you to integrate data streams from different sensors as a part of the analysis workflow. It provides an easy to use interface for merging different data streams and for resampling them to a common recording frequency.

If you have many data columns, Blickshift Analytics now lets you filter columns by typing parts of their name wherever one or more columns have to be selected. 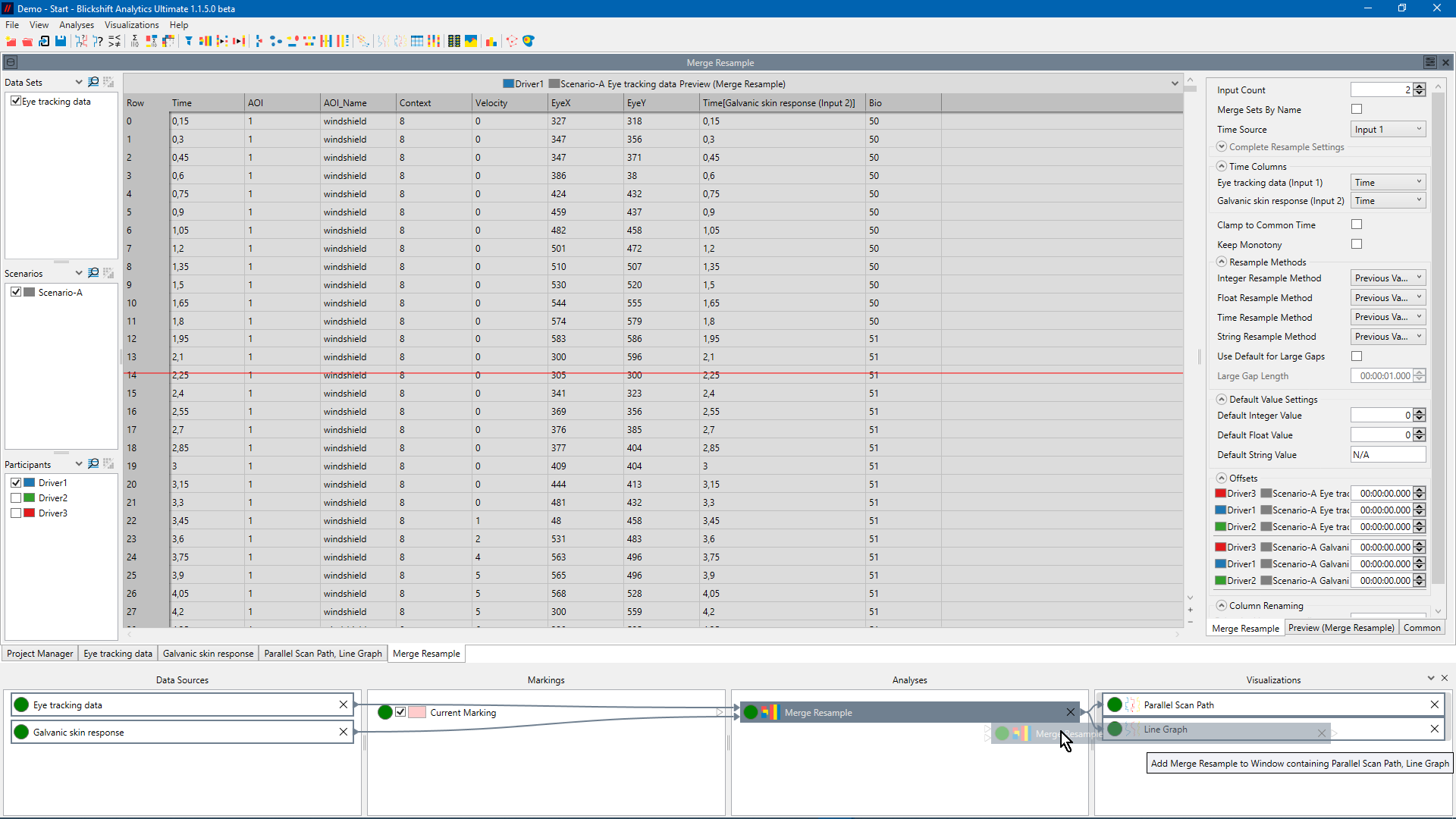 The Workflow Explorer of Blickshift Analytics has been improved. It now indicates visually, which Analyses and Visualizations are displayed in the same window. Also, this display in the same window can now be triggered by simple drag&drop operations