Today we are releasing a new update for Blickshift Analytics with version number 1.3. Two particular highlights of the new version are the new importer, which can automatically import a variety of exported raw data from all major eye-tracking vendors. The second highlight is a grouping function in the data explorer. With this, subjects or scenarios can be grouped with respect to various criteria such as age, experience level or gender with just a few mouse clicks. This feature is available in all analysis and visualization nodes.

You can watch a video of these two highlights in our YouTube channel. 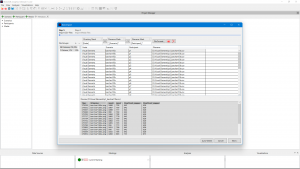 In addition to this highlight, we have incorporated many small improvements to give you even more options for analyzing your eye tracking experiments: